A True Daughter of the Lebanon 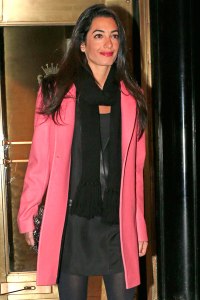 Amal Alamuddin is a woman with a mission.

A barrister, specialising in international law, human rights, extradition and criminal law, she came into prominence when in 2011 she started representing the WikiLeaks founder Julian Assange in his fight against extradition to Sweden.

Born in Beirut from Lebanese parents, and fluent in English, French and Arabic, she has represented clients in cases before the International Criminal Court, the International Court of Justice and the European Court of Human Rights, as well as in domestic courts in the UK and the US.

An adviser to special envoy Kofi Annan on Syria and as Counsel to the enquiry launched by UN Human Rights rapporteur Ben Emmerson QC into the use of drones in counter-terrorism operations, she has made her name in high-profile cases throughout the world.

She hails from a distinguished background of a Druze sect who made their mark in the Lebanon both in the political arena as well as in the development of Middle East Airlines through the leadership and vision of Sheikh Najib Alamuddin, known to many as ‘The Flying Sheikh’.

The Druze clan produced many notable personalities: the legendary Arabian diplomat Fouad Hamza Bey, who from 1928-1933 was an advisor to Ibn Saud, the founder of the Kingdom of Saudi Arabia, as well as Kamal Jumblatt, the controversial Lebanese politician and thinker, assassinated in 1977. Last, but not least, Najib Salha, the great entrepreneur and the benevolent father of the illustrious Phoenicia Hotel in Beirut.

Amal Alumaddin – whose mother Baria is a well-respected Arab journalist working for the Al-Hayat newspaper – must have inherited the determination so well pronounced in members of her tribe to excel in whatever they aim to achieve. 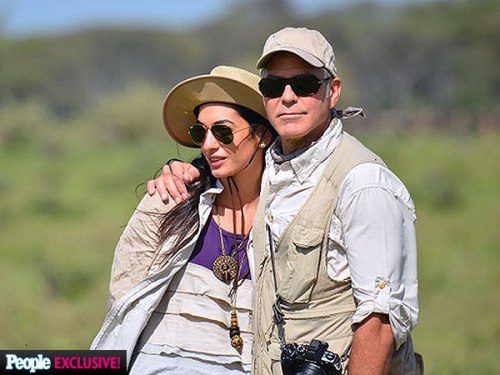 Her recent pictures with George Clooney, in what appears to be a budding romantic relationship, speak volumes about her natural allure and his keen interest in her. He looks somewhat besotted and quite at ease in her company. Let’s hope their friendship will lead to a more intimate and lasting outcome. What a marvellous combination it will make! East and West in full bloom with a promise to dazzle those who believe in what could be the perfect coupling.

The Cedars of Lebanon will no doubt keep a watchful eye on the progress of a daughter nourished and bred by the same roots that have sustained them.

Amal is in the prime of her womanhood and is destined to give the Lebanon yet another boost to a homeland that produced the likes of Kahlil Gibran, the great artist and philosopher whose eternal book, The Prophet, has become the bible to many of his followers on a worldwide scale.

The Arab world and beyond owes the Lebanon a great deal for its cultural heritage and its inspirational human exports, which brought this little country the admiration and attention it deserves throughout the hemisphere.

One response to “A True Daughter of the Lebanon”