Anita is a book of memoirs written by Anne Dunhill and published by Quartet earlier this year.

Its main thrust is the tragic death of Anita, a favourite daughter who died from cancer at the very peak of her youth. The narrative is heartbreaking, and is certain to bring tears to the most hardened reader. Here is a small extract that encapsulates the trauma of such a painful loss.

Shortly before going into hospital, Anita asked me, almost playfully, what I’d do if she died. Taken aback, I allowed myself, for once, to be spontaneous. ‘Oh, it’d be the end of me,’ I said. At this, she got very distressed and made me promise I’d keep going after her death, so of course I did. Since she died I’ve sometimes asked myself what on earth the point is of me remaining here once my child has gone, but my thoughts always come back to this conversation, and I feel I should stick around as promised, even if I don’t know why.

The book is worth buying for its candour and outpouring emotions.

Comments Off on Anne Dunhill

Congratulations to the staff of Daunt Books in Holland Park, who in less than an hour last night managed to sell their entire stock of Quartet’s new fiction title, Creating Rachel.

The one hundred copies they ordered were snatched by a crowd of enthusiastic well-wishers who attended a small launch party organised by the author himself.

The solidarity shown by his friends was a pleasant and much-needed breath of fresh air for the gloomy state of the book trade.

I hope their admirable example will repeat itself on future occasions.

Comments Off on Creating Rachel Launch at Daunt Holland Park

In Conversation with Brian Sewell

I am interviewing Brian Sewell tonight as part of the Primrose Hill Lectures.

The evening will not be one for the faint-hearted, since Brian’s candid retorts to some of the controversial questions I put to him will provoke an outcry among the puritanical elements, while the more liberal will applaud his courage and defiant stance with regard to the Establishment.

Look out, therefore, for a recorded version of this exciting encounter, which will shortly appear online. 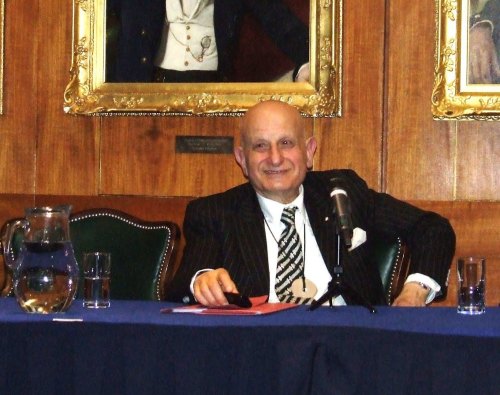 Comments Off on In Conversation with Brian Sewell

In 1992 I had the great pleasure and privilege of interviewing Enoch Powell, who had by then retired from politics, for my book Of a Certain Age.

I cannot put into words how thrilled I was to have met the man who, in my view – politics apart – stood tall for his tremendous intellect and, believe it or not, romantic persona in his private life. His devotion to his wife was exemplary, writing her poetry whenever the occasion arose.

Now that a new biography of the man has been published, perhaps the readers of my blog would like to read the interview.

Comments Off on Enoch Powell 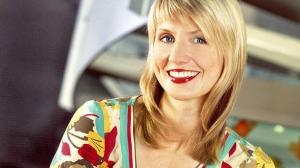 Tessa Dunlop is a star; an engaging and hypnotic blonde who has captured the media with her book To Romania With Love.

To read her latest interview in yesterday’s Scottish Herald is enough to want to buy her charming memoir, and give romance a real boost in the current depressing state of the book trade.

Her message is clear: forget your worries, be positive and bring cheer to the pessimists who whinge when life gets too difficult.

I applaud her determination to overcome what seemed an impossible romance and triumph against all odds to bring it to a happy ending.

Buy her book and spread the good word, for you will give much-needed hope to those who despair when the going becomes uncomfortably tough.

Comments Off on Tessa Dunlop

The brilliant Iraqi journalist Khalid Kishtainy was born in Baghdad and came to England after graduating from the Faculty of Law at Baghdad University and the Academy of Fine Arts.

He is the author of numerous books but is best known for his syndicated newspaper column in al-Sharq al-Awsat, which he penned for over twenty years. His articles are enjoyed throughout the Arab world and Europe for their cynicism and sharp analysis.

Click here to read ‘The Cost of Old Sins’ online.

Comments Off on Arabian Tales

At the age of seventeen, one year before I came to England, I spent a delightful few months with my paternal grandmother and her unmarried sister in their humble abode in the biblical town of Nazareth.

Those months, which shaped my entire life, were nurtured in an environment Spartan in every sense of the word. Yet it brought me close to nature and somehow instilled in me an addiction to reading any book I could lay my hands on. It was a period of enlightenment and education that ultimately replaced my inability to go to university and enjoy the cultural ambience of being in learned and august surroundings.

One of the many authors I read avidly was Pearl S. Buck, an American writer who spent most of her time in China until 1934. Her book, The Good Earth, was a worldwide bestseller for which she won the Pulitzer Prize in 1932. In 1938 she was awarded the Nobel Prize in Literature. I read most of her books, and developed an intriguing love of China and its people.

Later in life when I became the group chief executive of Asprey I visited China on numerous occasions, and somehow that latent interest in the country remained as strong and powerful as ever.

As a publisher I therefore welcomed a manuscript that accidentally came my way, written by Chung Yee Chong and published recently under the title The Bitter Sea. The synopsis below will tell you what to expect. It is a compelling read and I recommend it fully.

China. 1948. The Communist Party under Mao Tse Tung is amassing forces in the north, while the Kuomintang under Chiang Kai Shek ineffectually clings on to power with a depleted army in the south. As the Fu family gather to celebrate the birthday of the Dowager, an unwelcome appearance by a stranger interrupts the proceedings and ushers in a series of events with tragic implications for the entire family.

Set in the turbulent and unsettling period of the civil war in China, The Bitter Sea charts the disintegration of a prominent and influential family in Canton. Unlikely and fateful alliances are formed, familial affinities compromised, personal ambitions thwarted and efforts to broker peace end in disenchantment, as members of the Fu family attempt to come to terms with crumbling social and political conditions.

By drawing close parallels between the fate of a single family and that of the nation at large, the novel seeks to examine the divisive nature of politics and the devastating consequences of war. As much an indictment on war as a comment on the human condition, this extraordinary novel shows the extent to which we are all victims of political vicissitudes, the ravages of war and the brutal upheavals a change in regime must always necessitate.

Comments Off on The Bitter Sea