I’ve just received an invitation to a drinks party at the Mail on Sunday to celebrate the retirement of Marilyn Warnick, the paper’s book editor who has handled all their serial rights for over 18 years. She and I go back a long, long way and once she was the manager of Quartet’s American operation, with an office in New York’s garment district and with my frequent trips over to oversee the Asprey store in the Trump Tower, we spent a lot of time together and had many adventures. One must suffice…

Quartet’s New York office was beginning to publish more titles specifically for the US market and Marilyn was more and more on the watch for likely books emanating from local contributors. Her most recent discovery was the photographer Robert Mapplethorpe, who was attracting attention not only for his outstanding talent but also because of some of the subjects he chose to photograph. He was already revered and loathed in equal measure. Everyone agreed, however, that with his unique but disturbing style he ranked among the best photographers of his generation. He pushed degeneracy to extremes and stretched the boundaries of homoerotic imagery to a level of debauchery that was wilfully shocking and unashamedly revolting.

Marilyn took me to meet Mapplethorpe in his studio cum apartment in the Bowery. With Quartet having become internationally known for publishing plush photographic books, we both had it in mind that he could be a natural addition to the list. We found him oddly dressed in leather gear, with such fetishistic sex-aids as dildos, chains and whips strewn around his living area. The walls were covered with amazing photographs of young men and women in bizarre but powerful poses. The atmosphere was disturbing and I felt slightly uncomfortable until he led us into an adjoining room to show us some of his exquisite photographs of flowers. By these I was totally enchanted, affected by their beauty and the magic they seemed to generate. There was no doubting that they were masterworks and their creator a genius. I began to warm to him and to feel a growing optimism about the chances of landing him as a Quartet author. He said that he had photographed Rebecca Fraser – who he knew worked at Quartet – when she was in New York, and offered me a signed print. It has sat in my office ever since. Thus the meeting ended on a positive note as we agreed to think about the most suitable terms for a future collaboration.

After this first encounter I was feeling quite excited about having his name on the list of famous photographers we published. It would add to our prestige, especially in the United States. On my next trip to New York, a couple of months later, I went to see him in the Bowery again. His place was still as cluttered as before with sexual contraptions of every imaginable kind, some of them with sado-masochistic connotations. Again I felt distinctly uncomfortable and had to struggle to maintain an appearance of relaxed unconcern. Robert was as outrageously dressed as usual, all in black leather, and although he lacked a whip he seemed as threatening as if he had one. We exchanged pleasantries and then went straight to the heart of the matter. He would not mind being published by Quartet, he said, but he would have to insist on a large advance against royalties and total editorial control over what appeared in the book. The size of the advance he specified would have been difficult for Quartet to raise, but not impossible; his second demand was another matter. Total control would have been unacceptable under any conditions. My instincts told me that his choice of photographs was likely to be so reprehensible as to make any collaboration between us impossible.

When he had to leave the room to take an urgent telephone call, I wandered into another room that he used to exhibit some of his latest work. There I was brought to a standstill by a series of photographs of fist-fucking so shocking that I experienced a surge of physical nausea. The graphic images were so horribly inhuman and alienating that surely they could only appeal to psychopathic personalities. I darted back to where I had been sitting when he went to answer the phone and tried to regain my composure. When he came back I said I would consider the terms he suggested and made my exit without further ado.

I never saw Robert Mapplethorpe again, nor did Quartet ever publish any book of his. He died of the ravages of AIDS a few years later and was hailed as the most accomplished photographer of his time. His fist-fucking photographs were exhibited in New York amid a barrage of controversy. Today there are collectors worldwide of his photographs, which sell at auction for great sums of money.

Marilyn told the Bookseller she intends to travel the Silk Road. I wish her ‘Happy Trails’ and less shocking encounters … God bless her. 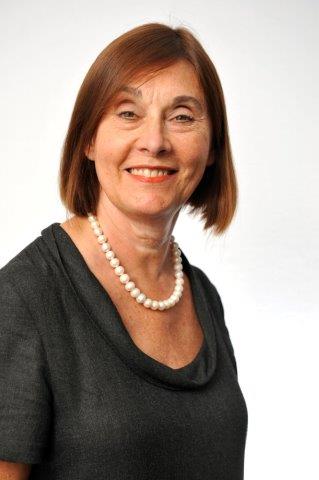 One response to “THE INITABLE MARILYN”