MY PORTE- BONHEUR OF THE YEAR

As I am constantly on the lookout to extol the beauty of women, it is always a pleasurable reward to find that the Good Lord in his great wisdom and immeasurable artistry keeps on crafting endless forms and features of his female creations, the variety of which defy the limits of human evaluation.

This time I came across an Indian actress who fits the above description, born 18 July 1982 by the name of Priyanka Chopra, who happens to be the best friend and soulmate of Prince Harry’s girlfriend, Megan Markle, whose appearance on the royal scene has become the most talked about event this Christmas.

Chopra, by contrast, has many of the qualities of Markle, mainly actress and philanthropist. In addition, the Indian beauty is a singer, film producer and the winner of the Miss World 2000 pageant.

Reputed to be one of India’s highest paid and most popular celebrities, Chopra has received numerous awards, including a National Film Award and five Filmfare awards. In 2016, the Indian Government honoured her with the PADMA SHRI, the fourth highest civil award and Time magazine named her one of the 100 most influential people in the world. 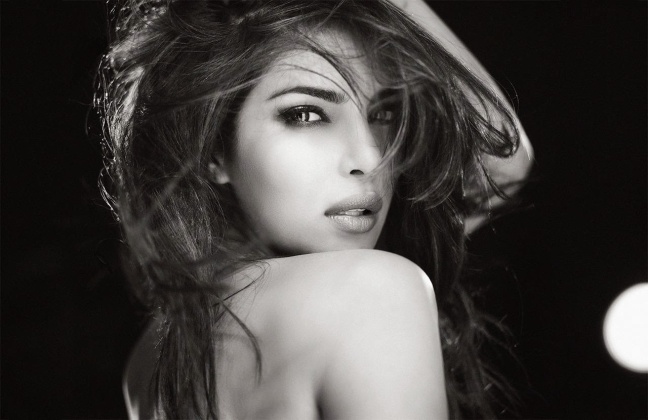 In addition to her blossoming acting career, Chopra is noted for her philanthropic work and was appointed as a UNICEF Good Will ambassador for Child Rights in 2010. She promotes good causes such as the environment, health and education, Women’s Rights, and is particularly vocal about gender equality and gender pay gaps

Chopra’s off-screen life is the subject of substantial media coverage and as a recording artist she has released 3 hit singles. She is also the founder of the production company, Purple Pebble Pictures.

A woman of exceptionally varied talents and a god-endowed beauty, she sparkles with rare magnetic features which I find totally mesmerising. The more I look at her the more entranced I become. But beneath all her visible physical assets, her philanthropy is perhaps the most admired side of her personality.

For this alone I have no hesitation in choosing her as my Porte Bonheur of the year.