Love is Blind, Sweet in the Beginning but Sour in the Ending…

England star Ashley Cole is rarely out of the news.

It isn’t always about his soccer performances playing for England or for his club, Chelsea. More often, it is about his canoodling and his choice of women. His performance in bed must be such as to make women of different orientations clamour to meet him, hoping to experience a night of utter ribaldry.

His love life has featured in many a newspaper especially when he was married to Cheryl Cole, the darling of the media.

He is certainly a man of many parts. His soccer rise from a very young Arsenal player to an international star owes much to his mentor of many years Arsene Wenger, who catapulted him to fame and then lost him due to his greed and underhandedness.

His team-mates at Arsenal never forgave him for what amounted to a betrayal when he joined Chelsea, Arsenal’s arch enemy.

He is considered by most to be a boorish character whose loyalty fluctuates in the same manner as his love life. He constantly cheated on his ex-wife Cheryl when they were married with women she considered below her dignity. However, what’s surprising is despite their bitter split rumour has it that she is still besotted with him.

What makes a man like him so attractive to women is beyond my wildest dreams. Is it his sexual vigour that plays a crucial part in his success with the opposite sex? Why do women who are maltreated by men of his ilk yearn for him secretly, when they know that such impulsive yearning is utterly misplaced and leads to painful humiliation?

I always wondered what Cheryl Cole found in him that propelled her to marry him in the first place. It could not have been his intellect that she found so seductive. I must therefore assume his ability to please a woman in bed is his lethal weapon. Whether this is true or not, he has certainly left his mark on her. Since their split, she seems to favour men of a dark complexion perhaps to remind her of her errant ex-husband.

Ashley’s latest catch is a bisexual ex-topless model whose sex drive is apparently so high that her friends describe her as a nymphomaniac.

Anna Kelle, from MTV reality show The Valleys, and Ashley Cole have been dating for two weeks after meeting on Twitter. As her picture clearly shows, she is as hot as they come.

Whether Cheryl will eat her heart out when she sees this picture of a sex siren cavorting with her ex-husband is another matter. She must instead thank her good fortune for being rid of him and should now get him out of her system if he is still lurking there. 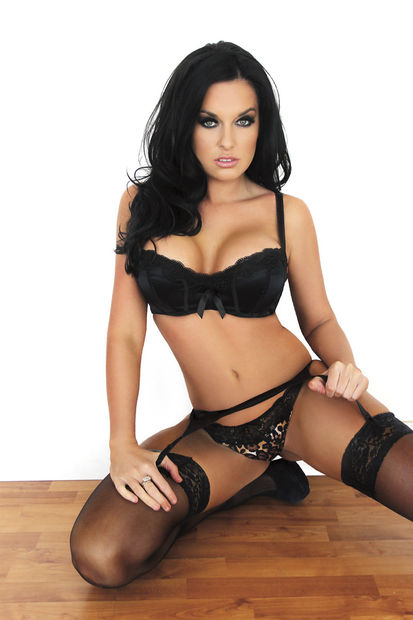 He might be a stud, but surely a calamitous one who will bring misery to one’s life.

A pig will never change his habits, so any woman with common sense should stay clear of him unless of course she is looking for a good old-fashioned humping.