The Joy of Talk Manifesto

To coincide with the launch of The Joy of Talk Party manifesto, Kit Fraser explains what he and his party stand for.

It was the launch of the Labour Party’s manifesto on Monday, the Conservatives on Tuesday, the Lib Dems on Wednesday, which is why we had to wait till Thursday for the eagerly awaited launch of The Joy of Talk party manifesto – a reader-friendly, one page document entitled: “All Talk and No Action.”

As Churchill so aptly put it, “Jaw jaw is better than war war.”

If only Tony Blair had adhered to this fundamental JoT principle, he would not have invaded Iraq.

“Doing nothing is often the smart move, especially if it is accompanied by a lot of talk and free flowing alcohol. Now that’s what I call a party!” I declared at a packed meeting of loyal supporters. “Certainly a party worth your vote!” 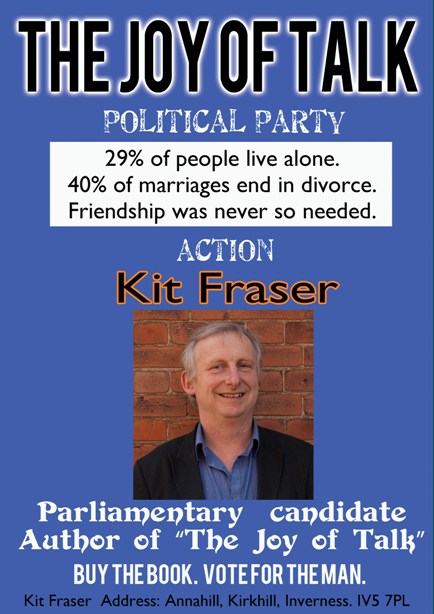 Kit Fraser is a man for all seasons.

As a parliamentary candidate in Inverness he will certainly liven things up with his sharp wit and unconventional view of politics. His party, The Joy of Talk, is based on his book of the same title, which will be published in the first week of May to coincide with the General Election.

Unlike other candidates, Kit Fraser brings joy and warmth to politics, which is a rare quality these days, and he enthuses his audience to indulge themselves in the real joy of talk. 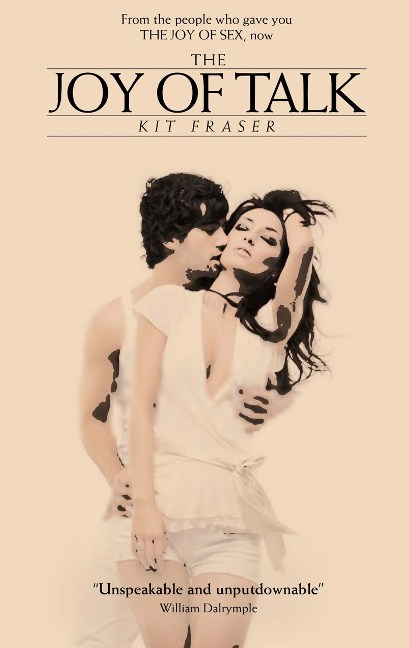 Talk, the subject of his book, is at the basis of every human emotion, every friendship, every seduction and every pleasurable undertaking. Like the joy of sex, we can hardly do without it, for it has become the foreplay of modern times.

To those of you in Inverness, I urge to you to vote for this formidable candidate. He will enliven your life and bring you joy, whereas other candidates will darken your spirit with their pomposity and pessimism.

Buy his book and discover how talk can change your life for the better – with unparalleled orgasmic results to boot.

One response to “The Joy of Talk Manifesto”